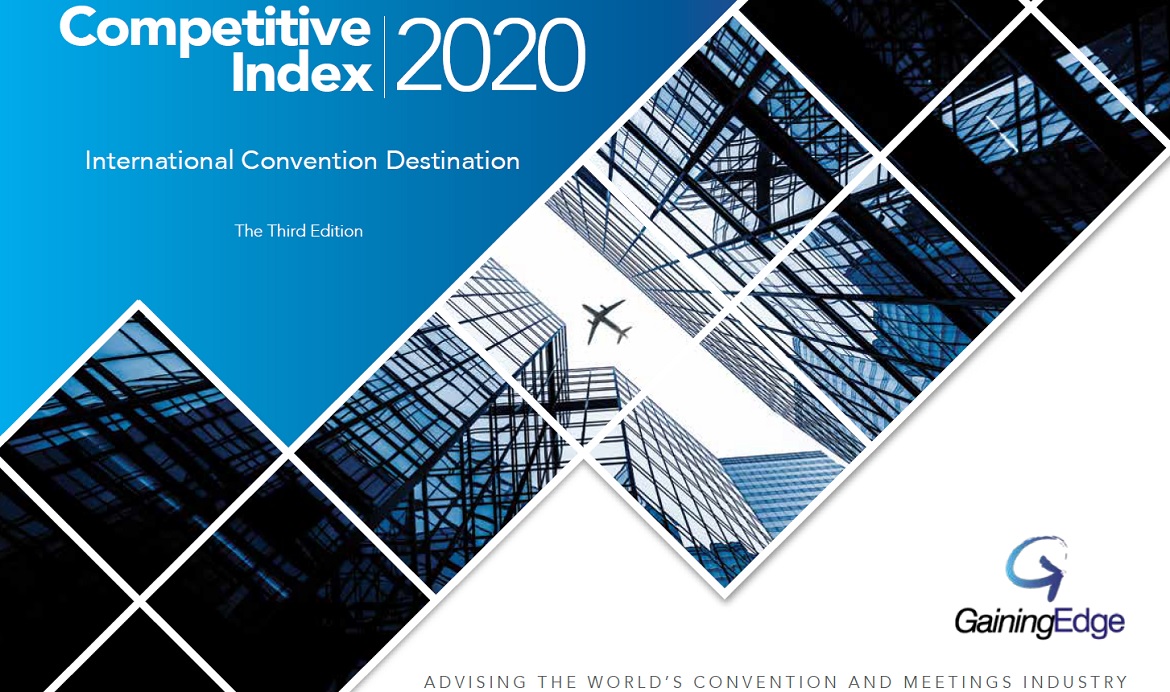 Destination Competitive Index is intended to help destinations understand their competitive position, relations between different competitive factors, and to identify areas for improvements in relatively short time. In addition, the report provides quantitative indicators that enable the meetings industry to be understandable to decision makers (governmental bodies or city authorities) and make their proposals on fact-based data.
The assessment is based on the following fundamental factors:

Comparing 2019 and 2020 data, GainingEdge’s report assesses the performance of particular destinations compared to the earlier results. Additionally, it introduces several lists of top cities in region-based competitive sets, such as:

Destination Competitive Index also analyses the impact of COVID-19 on 2020 and the years to come. Last but not least, the report’s latest edition spotlights several destinations perceived as “cities to watch” due to their above-average competitive strength.