We invite you to read the summary of data on tourism in Warsaw for the previous year, which has just been published by the Warsaw Tourist Office. In 2019, over 10 million tourists visited Warsaw. Their opinions about the advantages of the city are very positive. 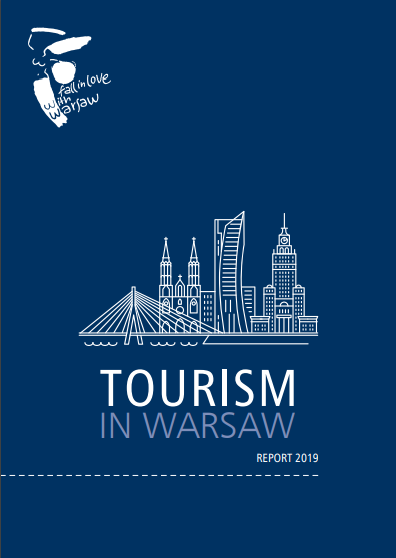 In 2019, almost 30 percent of all tourists were foreigners. Most of them were British (20%) followed by Germans (10%), Ukrainians (7%), Americans and Italians. Guests from Poland and abroad most often came to our city to visit monuments, visit relatives or friends or simply relax.

Guests clearly liked Warsaw: their attractiveness was rated at 9.11 on a 10-point scale. This is a record result, higher by 0.36 points compared to 2018. Tourists will also gladly recommend a visit to our city to their relatives and friends. The average tendency to recommend a visit to Warsaw was 9.34 out of 10 points

Constantly, the Old Town and Łazienki Królewskie Park were the most popular among tourists. The Palace of Culture and Science is in third place among Poles, and the Royal Castle among foreigners. Tourists more and more often visit places outside the list of the most popular attractions to get to know the various faces of Warsaw, e.g. Ząbkowska Street in Praga or Osiedle Jazdów.

Varsovians can create a unique and friendly atmosphere for the visitora. As much as 75 percent of residents believe that the development of urban tourism has a positive effect on their lives.

Foreigners, including tourists, one-day visitors and expats, are an important source of income for Warsaw. Visitors spent PLN 9.6 billion last year – which is by 3 percent more compared to 2018. The British left almost one third of this amount in the capital. The average foreigner in Warsaw spents PLN 2.4 thousand PLN, although for some countries this average was much higher. The Saudis spent the most during their stay, on average 8.5 thousand PLN per person. The analysis prepared for the Warsaw Tourist Office by Mastercard also shows that foreigners spent the most on accommodation, restaurant services and fashion shopping. According to Mastercard’s data, citizens from China and Israel spend more in Warsaw on fashion-related shopping than visitors from other countries. On the other hand, people coming from southern Europe (e.g. from Italy) are more eager to spend their time in restaurants.

This is the fifth report on tourism in Warsaw – we publish detailed data for 2019: here