The new logo of WTO resembles the organisation identity as the Association that is clearly connected with the city. Our goal was to create a logo which will allow our members to identify with it. The idea behind the logo was to invite new partners to cooperate with us, but also to facilitate cooperation with current Association members. We have taken into account its aesthetic value, we have checked modern trends and we have been looking for benchmarks across different artists, graphics designers and Warsaw design in general. Clarity and uniqueness were our incorporated into the design as well, just as was the typography, elements of which have appeared in the city landscape.

We have decided to use the letter W as a signet, since this sign invokes numerous meanings, and strongly corresponds with everything that is Warsaw in origin and nature. The logo includes a reference to the neon style while striving to retain lightness and simplicity of the overall effect. Obviously, it makes a reference to the city geography – the two regions connected with the Vistula river. The logo is open, as is our Association. The turquoise palette of colours presents the combination of two key areas of our activity – leisure tourism (light green) and business tourism (blue).

We hope that the logo we have created includes all the above features. It is a combination of qualities that define us as the Association and specify our priority activities while underlining the most significant element, i.e. the business nature of cooperation between the members. It exposes those city values that we strive to feature in our communication.

It is our hope that the new logo is inviting and that it will suit the tastes of all current and future partners and members of the Association. 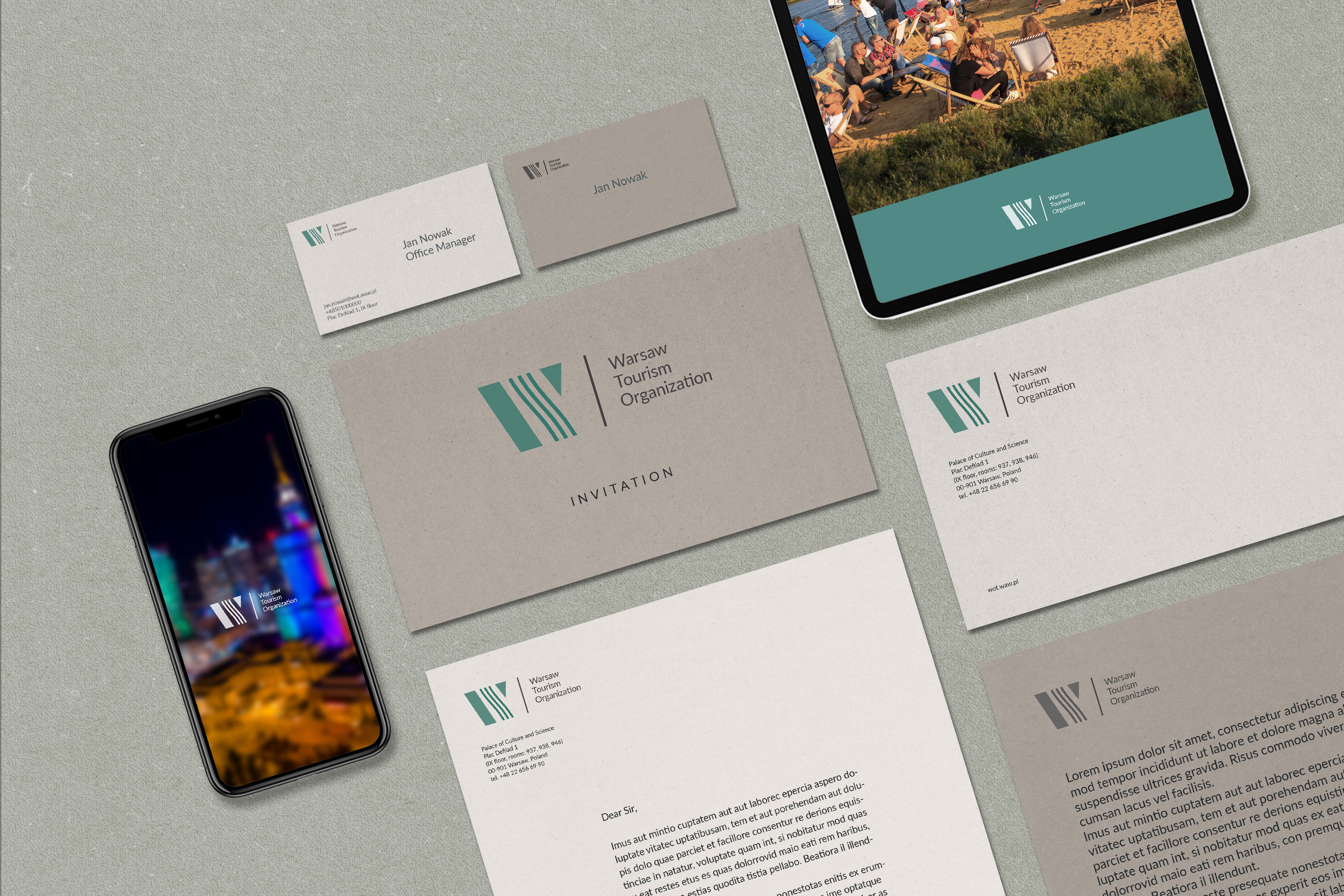